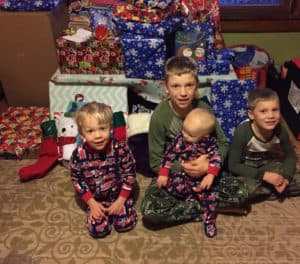 I knew our first Christmas without Rebekah would be difficult.  I had no idea what that actually meant, but in anticipation of needing to get away, we booked a couple nights at a large resort several hours from our home.  A Christmas vacation to look forward to and focus on just us might help.  This resort boasts three indoor water parks, game rooms, laser tag, go karts, mini golf, and countless other fun activities.  It has it all! 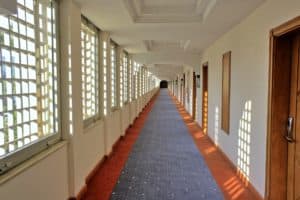 Family, Fun, and Forgetting my Hairbrush

Hundreds of other families had the same Christmas vacation idea.  The resort was overflowing with moms, dads, grandparents, and kids of every age.  While walking down the endless corridors from room to park to games to restaurants we passed dozens of families doing the same.  Older kids rushed ahead, tired toddlers were being carried by even more tired parents, grandparents were discussing amongst themselves whether they were headed in the right direction or not.

It was a blast.  I loved the kids’ excitement, the water slides, the allure of souvenirs, a frozen yogurt bar, and breakfast buffet.  I didn’t love that I forgot my hairbrush and my blond locks spent their water park adventure in a wet, messy bun. 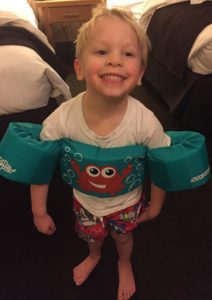 My hubby doesn’t care for crowds.  I could tell his first impression of the packed parking lot was not a positive one, but he did awesome!  He didn’t complain once.  I could feel myself relaxing, focusing on the boys and playing with them.  We twirled down dark tunnels, holding tight to large rafts, splashed in the

toddler areas with water spraying at us from every side, and dove into waves in the large wave pool.  We stopped, snacked and did it all again.

It wasn’t until we were in the van driving home that I realized it had happened.  While Joshua and Joel slept in their car seats and Caleb and Micah chatted about the fun they had, my own mind ran through our trip.  The very next thought was one of guilt.  How could I possibly be happy?  What is wrong with me?

Today has been bad.  Guilt has completely overwhelmed me all day.  My daughter is buried in the ground 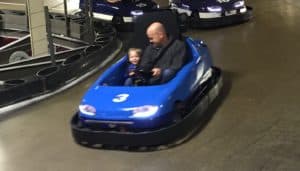 and I was laughing with Caleb about being scared to go down the slide backward.  My daughter will never play with us again and yet I smiled and cheered for Joshua as he and Brett sped past us in the go kart.  We took a Christmas vacation without her!

Of course not, but that’s not really the question I’m asking myself.  If I were to be totally honest, it’s not so much about being happy as it is about being happy without her, about accepting her death and being ok with it.

Right now in my present depressed state of mind, I think acceptance is not an option, but I do see how it would be freeing.  Acceptance would free me from the guilt, give me permission to be happy.  It would be saying in my heart that I still love her, but there is nothing I can do to bring her back.

Lessons learned on our Christmas vacation 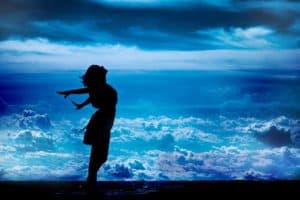 I suppose we all cling to things which need to be released.  People we love both here and gone, memories, unforgiveness, addictions, fears, relationships, our own hopes and dreams which are simply not meant to be.  Would we be free if we released them?  Sacrificed them to God and continued on?  I believe so.

Letting go will be my goal for 2018.  Not just letting go of Rebekah (that might be too high a mountain to tackle), but letting go of the things that are not in my control.  Trusting God that He has a plan, and although it might be hard, or painful, or not the way I want things to go, He knows what He is doing better than I.

Getting away is something we did several times over the next 7 months. They were each just as difficult as this Christmas vacation but, being together as a family and focusing on each other has helped a lot as we struggle through our grief.  I write about it in Treasures from the Waves and When you Want to Run Away-Do! 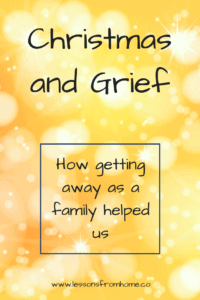 4 thoughts on “How a Family Christmas Vacation Helped our Grief”