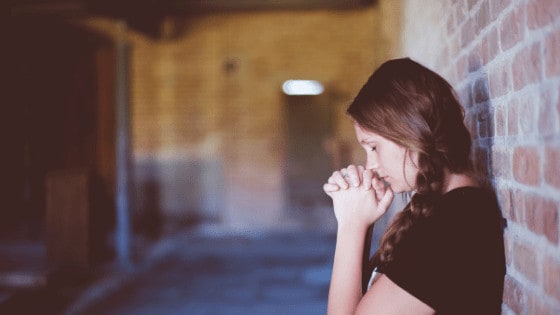 David, a man after God’s own heart, is the perfect example to begin this study on the 5 steps to repentance. These verses come from 2 Samuel chapter 12 NKJV.

The prophet Nathan stood before King David. He stood bravely because His words were from above and were important to this great warrior of a king. His heart beat fast because he was well aware of David’s temper and he did not have good news. God was displeased with David and had chosen Nathan to show David his sinful ways.

Nathan, in his wisdom, tells David this story. “There were two men in one city, one rich and the other poor. 2 The rich man had exceedingly many flocks and herds. 3 But the poor man had nothing, except one little ewe lamb which he had bought and nourished; and it grew up together with him and with his children. It ate of his own food and drank from his own cup and lay in his bosom; and it was like a daughter to him. 4 And a traveler came to the rich man, who refused to take from his own flock and from his own herd to prepare one for the wayfaring man who had come to him; but he took the poor man’s lamb and prepared it for the man who had come to him.”

Of Course, David is outraged and sentences the man to death, but Nathan isn’t finished.

Then Nathan said to David, “You are the man! Thus says the Lord God of Israel: ‘I anointed you king over Israel, and I delivered you from the hand of Saul. 8 I gave you your master’s house and your master’s wives into your keeping, and gave you the house of Israel and Judah. And if that had been too little, I also would have given you much more! 9 Why have you despised the commandment of the Lord, to do evil in His sight? You have killed Uriah the Hittite with the sword; you have taken his wife to be your wife, and have killed him with the sword of the people of Ammon.

What is King David’s response? How does this great king handle being told he has sinned?

So David said to Nathan, “I have sinned against the Lord.”

5 Steps to Repentance: Why I’m Writing about It

Repentance is not a popular topic. It came to my attention this week because of a a restless feeling I had. I knew I was in some kind of disobedience and I couldn’t figure out what. When I sought the Lord, He moved in my heart and showed me where I had gone astray.

David understood the importance of asking the Lord to search his heart. Lullaby Lark writes an excellent post about knowing the condition of your heart.

to turn from sin and dedicate oneself to the amendment of one’s life,  to feel regret or contrition

The five steps to repentance

King David and the Steps to Repentance

Let’s continue our story of David as we talk about repentance in the Bible and see how he follows the five steps of repentance. After David is confronted by Nathan, he is very sorrowful and pens Psalm 51.

Have mercy upon me, O God,
According to Your lovingkindness;
According to the multitude of Your tender mercies,
Blot out my transgressions.
2 Wash me thoroughly from my iniquity,
And cleanse me from my sin.

3 For I acknowledge my transgressions,
And my sin is always before me.
4 Against You, You only, have I sinned,
And done this evil in Your sight—
That You may be found just when You speak,
And blameless when You judge.

5 Behold, I was brought forth in iniquity,
And in sin my mother conceived me.
6 Behold, You desire truth in the inward parts,
And in the hidden part You will make me to know wisdom.

7 Purge me with hyssop, and I shall be clean;
Wash me, and I shall be whiter than snow.
8 Make me hear joy and gladness,
That the bones You have broken may rejoice.
9 Hide Your face from my sins,
And blot out all my iniquities.

10 Create in me a clean heart, O God,
And renew a steadfast spirit within me.
11 Do not cast me away from Your presence,
And do not take Your Holy Spirit from me.

12 Restore to me the joy of Your salvation,
And uphold me by Your generous Spirit.

We can see the five steps of repentance in David’s prayer.

More Verses about Repentance in the Bible

After Peter’s sermon on the Day of Pentecost in which he preaches to a multitude proclaiming that Jesus was the prophesied Messiah.

37 Now when they heard this, they were cut to the heart, and said to Peter and the rest of the apostles, “Men and brethren, what shall we do?”

38 Then Peter said to them, “Repent, and let every one of you be baptized in the name of Jesus Christ for the remission of sins; and you shall receive the gift of the Holy Spirit. (Acts 2:37-38)

let him know that he who turns a sinner from the error of his way will save a soul from death and cover a multitude of sins. (James 5:20)

If we confess our sins, He is faithful and just to forgive us our sins and to cleanse us from all unrighteousness. (1 John 1:9)

The Lord is not slack concerning His promise, as some count slackness, but is longsuffering toward us, not willing that any should perish but that all should come to repentance. (2 Peter 3:9)

if My people who are called by My name will humble themselves, and pray and seek My face, and turn from their wicked ways, then I will hear from heaven, and will forgive their sin and heal their land. (2 Chronicles 7:14)

So rend your heart, and not your garments;
Return to the Lord your God,
For He is gracious and merciful,
Slow to anger, and of great kindness;
And He relents from doing harm. (Joel 2:13)

Want a deeper study and worksheets to help you apply David’s steps to repentance to your own life? Click the image below to download four great worksheets as well as subscribe to my encouraging weekly email 🙂

So you acknowledge, confess, and ask forgiveness. Now what?

Signs of true repentance are the last two steps. These are proof that you’ve repented.

Turning away from the sin and restoring the wrong.

For these last two, let’s go to the nation of Judah. They have just gone through several wicked kings who wanted nothing to do with the True God. Hezekiah has inherited the throne. Listen to what the Bible says about Hezekiah.

And he did what was right in the sight of the Lord, according to all that his father David had done. He removed the high places and broke the sacred pillars, cut down the wooden image and broke in pieces the bronze serpent that Moses had made; for until those days the children of Israel burned incense to it, and called it Nehushtan. 5 He trusted in the Lord God of Israel, so that after him was none like him among all the kings of Judah, nor who were before him. 6 For he held fast to the Lord; he did not depart from following Him, but kept His commandments, which the Lord had commanded Moses. 7 The Lord was with him; he prospered wherever he went. (2 Kings 18:3-7)

It is not enough to simply repent for your sins. You must turn away from them and restore the wrong done. In the case of Hezekiah, he removed all idolatry and set up the commandments of the Lord in Judah.

The last part is my favorite, “The Lord was with him”.

Why was the Lord with him? Because he “held fast to the Lord and did not depart from following him”. He restored the wrong done with the children of Judah.

I would like to pause here and point out that these same repentance principles apply when you wrong someone else, not just God. Many relationships have been ruined due to a lack of repentance and turning away from the hurt caused by wrong actions. Rock Solid Faith does a wonderful job of covering forgiveness and healing.

More Examples of True Repentance in the Bible

Jonah has been instructed to proclaim God’s judgment on the wicked city of Nineveh. He refuses and runs from God. He is on a ship trying to escape the word of the Lord when a huge storm comes which results in Jonah being thrown overboard and swallowed by a large fish.

We all know the story, but have you ever thought about the steps it took Jonah to repent? From the belly of the whale, he cries out to the Lord.

“I cried out to the Lord because of my affliction,
And He answered me.

“Out of the belly of Sheol I cried,
And You heard my voice.
3 For You cast me into the deep,
Into the heart of the seas,
And the floods surrounded me;
All Your billows and Your waves passed over me.
4 Then I said, ‘I have been cast out of Your sight;
Yet I will look again toward Your holy temple.’ (Jonah 2:1-4)

He looks around his bleak situation, well aware that God has saved his life for a reason. He acknowledges his sin and confesses.

“When my soul fainted within me,
I remembered the Lord;
And my prayer went up to You,
Into Your holy temple.

8 “Those who regard worthless idols
Forsake their own Mercy.
9 But I will sacrifice to You
With the voice of thanksgiving;
I will pay what I have vowed.
Salvation is of the Lord.” (Jonah 2:7-9)

Jonah repents and decides to obey. He stops running and sets out to make right his wrong.

One Last Word on the Steps of Repentance

It’s your turn. Do you have a sin lurking which you need to bring before the Lord? Is disobedience ruining your walk with God? Have you wronged your neighbor and need to humbly ask forgiveness in order to save your relationship?

How could a man, who is considered a man after God’s own heart, commit such terrible sins? Why did God continue to honor him?

David had a humble heart. He responded when chastised and set an example for us all.

“God resists the proud, But gives grace to the humble.” (James 4:6)

And one of my favorites…

For thus says the High and Lofty One
Who inhabits eternity, whose name is Holy:
“I dwell in the high and holy place,
With him who has a contrite and humble spirit,
To revive the spirit of the humble,
And to revive the heart of the contrite ones. (Isaiah 57:15)

Mary and Martha: A Time to Grow and a Time to Give

Even If: Lessons from the Book of Daniel

34 thoughts on “5 Steps to Repentance: David as Our Example”